One of the most anticipated springs in recent times has arrived. Spring is the favorite season par excellence, synonymous with rebirth and, now more than ever, we all need it!

For us, it is also a very special moment! The landscape changes, in the vineyards the first shoots can be appreciated and in the cellar we will awaken our red wine Cabernet Sauvignon 2019, after 12 months of rest in the barrel, among many other things! It is the prelude to the harvest and decisions must be made that will be of vital importance for future wines and cavas. We tell you everything that happens in the vineyard, in the cellar and on the Cavas Naveran estate!

After the vegetative stop, the so-called inflorescence or growth phase arrives. At the end of January, the almond trees, trees that we often find on the margins of the vineyards, already bloomed; always pioneers in sprouting after the winter break. However, the vineyard still lacked a bit. Taking advantage of this time, during the last weeks of February and the first of March, we have planted 2 hectares of pinot noir vines, which we will use to make cavas like Perles Roses.

It all begins with the crying of the vineyard

It is a very special phenomenon! It takes place when temperatures begin to rise and marks the beginning of the awakening of spring. It occurs because the earth is heated and this causes the strain to wake up from the vegetative stop: the metabolism is activated and the sap begins to move through the conducting vessels of the plant, providing it with mineral salts and other substances necessary for its awakening. Do you remember that in the post about winter in Naveran we talked about the reserves that accumulate in the trunk and roots of the plant? Well, they are the ones that will now give it the energy to sprout. It is precisely the transparent liquid, the sap, that causes tears when it escapes from the wounds caused by pruning in the shape of a tear, announcing that the first shoots will appear soon.

The heat also rekindles other species

And it is that not only the strains wake up. With so much emerging vegetation, insects are also activated and with them, pests that can affect the vineyard. For this reason, during the month of March we are dedicated to placing pheromone traps, a technique with low environmental impact to control pests. The traps contain sex pheromones from each insect that can cause an infestation, so that males are attracted to them. It is necessary to place pheromones of all types of insects that can threaten the strain.

Well yes, little by little, the first shoots appear! It is a very exciting moment, where we begin to see the results of the work carried out in the vineyard during the winter. The shoots give place to the shoots, the first twigs, the branches and the clusters. In principle, the budding should be in April, but if the winter is warm, the first shoots come earlier.

During the months of March and April we also till the vines to oxygenate the soil and eliminate the weeds that begin to grow with the increase in temperatures. It is important that the soil is clean and fluffy so that it can absorb and retain the water from the spring rains well. Especially with these times, when we do not receive enough water in spring and summers are dry.

What happens in the cellar?

Despite the good weather and the increase in activity in the vineyard in spring, in the cellar everything is very different: silence and calm reign. Our cellars, located underground, have the relevant humidity and all the tranquility necessary for the cavas to enjoy the long aging process, which begins around the winter months, for those harvested in 2020. It will end within a year for our cavas Vintage and within two and three years, approximately, for Premium cavas, such as Perles Blanques.

However, not everything is rest in the cellar. Before Easter, it will be time to remove the Don Pablo red wine (Cabernet Sauvignon, 2019) from the barrels, where it has been for the last twelve months. The wine is then clarified in a stainless steel vat, before filtering and preparing it for bottling.

The process of filtering and clarifying wine

In the winemaking process, particles such as yeasts intervene, which cause sediments. Often times, with the aging process, we already achieve that most of these sediments precipitate to the bottom of the boots, therefore, a good part of the work is done. After clarification, we carry out the tartaric stabilization process: in this way we prevent crystals from forming when we put the bottle to cool in the fridge. Then we will move on to filtering, where in addition to obtaining a clearer, transparent and bright, we make the wine more stable and thus age better.

2021, all Naveran production is already vegan!

There are several ways to clarify a wine. Until relatively recently, only clarifiers such as gelatin, collagen or casein were used, all of animal origin. This made the wine, despite being of plant origin, not suitable for a vegan diet. However, there are alternatives: at Cavas Naveran, since this year we use bentonite and pea albumin to clarify the wine and thus guarantee 100% vegan production.

The days lengthen and green, the color of hope, is slowly becoming the dominant tone at Finca Can Parellada de Cavas Naveran. And this spring is highly anticipated for everyone. We really want to see the first leaves and, already in summer, the flowering! We can’t wait to try this Don Pablo that we have been waiting for since 2019 and, most importantly, we really want to visit our cellars again so that you can admire the splendor of the vineyards in the spring! 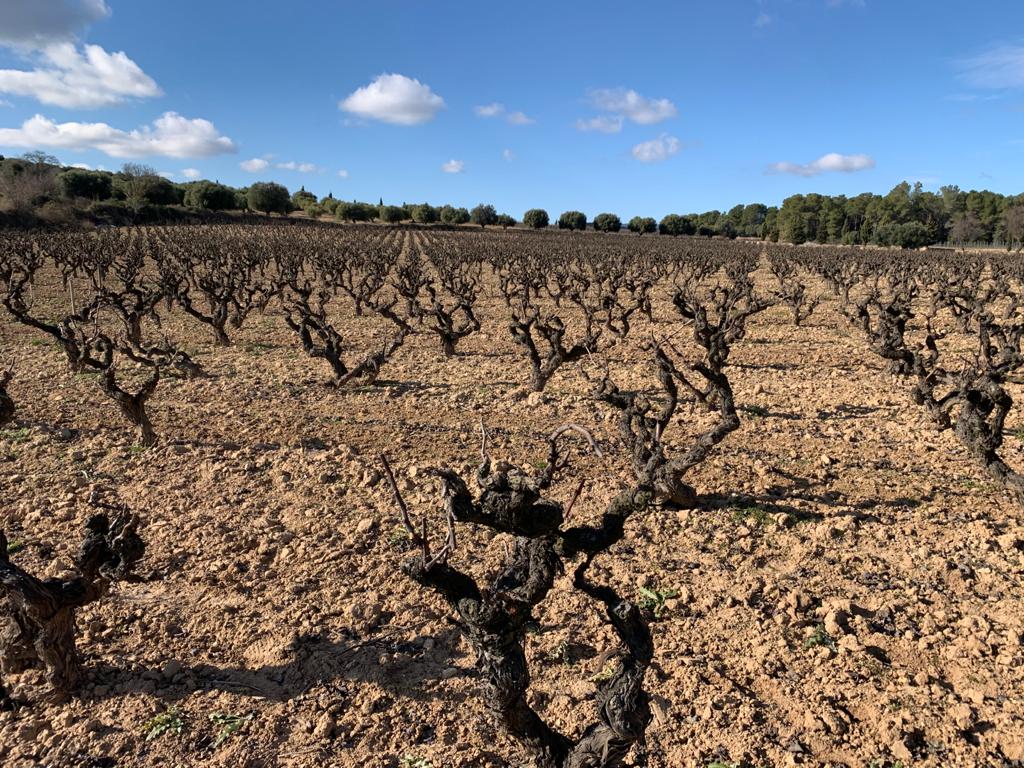